Death Note is a highly acclaimed anime series that has received high reviews for its clever, cleverly written storyline. There’s no surprise when you have characters like the genius high school student Light, or the world’s greatest detective L. Although Death Note is often regarded as the best work of the series, many fans feel that the latter part of Death Note is inferior.

It is generally agreed by Death Note fans that Near, who lives at Wammys House and succeeds L (along with his fellow Wammys House resident, Mello), is the main cause of the reduction in quality. Even so, Near (so-called because he is also known as Nate River) remains one of, if not the most intelligent character, in Death Note.

Does Near Die in Death Note?

In the first place, Near did not die in Death Note. It is as true as it sounds that he is still alive at the end of the series and becomes the third L as well. Unlike L, Near was smart and took L as a cover to conceal his identity. As a consequence of him acting safely without revealing his identity to anyone, Near did not die. The only attempt to Near’s life was when as a desperate attempt to gain back control over the situation, Light confesses and starts giving speeches about how Kira is of great help to the world.

The ethics of moral conduct, however, is subjective, and in the eyes of many, the action of Kira, killing people throughout its reach in order to force them to follow a path, is wrong. Light uses the last part of a snippet that he has in his possession in an attempt to kill Near, but Touta Matsuda, enraged, shoots him and then Ryuk writes his name in the Death Note killing him. As a result of Light’s defeat, Near takes on the role of the third L.

Near never dies. He is very much alive and becomes the third successor of L. After L dies, Near takes the case investigation of the Kira case. Near is young and intelligent with a child-looking appearance. Even though it was said to be 13 years old, he looks younger. In addition to being an observant person, he also enjoys solving puzzles. Every time they introduced Near, he was always solving puzzles that were provided to him. Additionally, he is capable of multitasking, as he can watch multiple screens at the same time.

It appears that Near doesn’t have any social life outside of what he does normally. His ability to interact with people is poor. If he is actively participating or speaking, he only does so in order to solve a case. His behavior is so composed and discrete that he seems to solve his cases as if he was solving a puzzle. But when it comes to his ideas, his perspective on the issue, and what he believes about justice, he becomes a more mature person.

As a kid, Near was portrayed as a person who loved solving puzzles. From the very beginning, he was shown as this kid trying to solve a puzzle while he was alone in his room. In his opinion, if you can’t solve the puzzle when it comes to winning the game, you are also a loser.

The night after L’s death, Near stays at Wammy’s house to collect evidence and look through every shred of evidence that L had left behind. As he is more intelligent than L, he often did not trust anyone, including Light. He would never tell anyone his real full name, either. As a result, he was able to save his own life from Kira.

To the question “Does Near die in Death Note” the answer is no but since a new manga chapter named Death Note: Special One Shot is out we will probably have a new antagonist against Near. 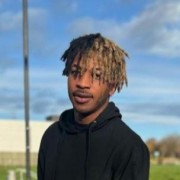