How did Satoru Mikami die?

Satoru Mikami is killed by a mysterious assailant that runs through a crowd and stabs him.

What is the first monster Rimuru Tempest kills?

Before he is confident in his abilities, Rimuru gets scared when facing off against the Black Serpent in the cave.

What episode is Ramiris introduced?

Ramiris appears after Rimuru destroys the Golem she was controlling.

How old is Satoru Mikami when he dies?

Satoru Mikami is an ordinary 37-year-old corporate worker living in Tokyo with no girlfriend and a very monotonous life when he dies.

Who is the Spymaster for the Jura Tempest Federation?

Souei is the Minister of Intelligence, serving to keep Tempest strong via espionage.

Which race is not a part of the Jura Tempest Federation?

While they may be neighboring allies, the Dwarves aren't actually a part of the nation Rimuru sets up.

Who is the chieftain of the Lizardmen?

Abiru is the Lizard Chieftan that seeks Rimuru and the Goblin's aid later on in the show.

Ifrit, later known as Charys, was the ruler of flames that was sealed within Shizue Izawa by Demon Lord Leon Cromwell.

What color are Veldora's eyes?

Which Goblin talks to Rimuru first?

Rigur, named after his brother, is the first person to approach and speak with Rimuru.

That Time I Got Reincarnated as a Slime Quiz:
Eew
For sure you need to rewatch the anime!!
Good
Not the maximum score but hey you did pretty good!
Well done!
You pretty much remember everything!

What Is That Time I Got Reincarnated As A Slime?

That Time I Got Reincarnated as a Slime, is a light novel series written by Fuse and illustrated by Mitz Vah, published by Micro Magazine under the GC Novels label since May 30, 2014. An animated TV series adaptation by 8-Bit studio was being aired for the first time in Japan between October 2, 2018 and March 26, 2019. A second season is currently in production, with the first course aired from January 12, 2021 to March 30, 2021 and the second from July 6, 2021. The spin-off manga The Slime Diaries is also being adapted and aired from April 6 to June 22, 2021.

The novel series was adapted into a manga series drawn by Taiki Kawakami; this adaptation has been prepublished in Kōdansha’s Monthly Shōnen Sirius prepublication magazine since March 2015. The French version has been published by Kurokawa since November 2017.

Satoru Mikami is a simple 37-year-old single salaryman living in Tōkyō: he would almost be satisfied with his monotonous life, if he could have a girlfriend.

As he passes his younger son on the street, who introduces him to his fiancée, panic overtakes the sidewalk when a knife-wielding lunatic charges through the crowd: Satoru is fatally wounded in the back as he steps in to protect the couple. As he briefly reflects on himself during his agony, a “voice” listens to him and interprets his “last words”.

That Time I Got Reincarnated as a Slime Quiz

At the end of this That Time I Got Reincarnated as a Slime quiz you’ll find your results and you’ll be able to share them to your friends and see who gets the highest score.

Tags
that time i got reincarnated as a slime 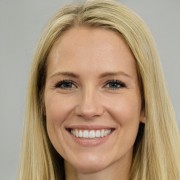 Death Note Quiz: How Well Do You Remember The Anime?