Why did Itachi kill his clan and family? Many don’t understand the true reason behind his choice. One of the most popular characters from the Naruto series is Itachi. The backstory of the character is one of the reasons for this intense attachment. Our first introduction to him is as the traitor of the Uchiha clan, the killer of his clan members, and the torturer of his younger brother. Further along in the episode, the viewers find out additional information prompting them to wonder why did itachi kill his clan?

Why Did Itachi Kill His Clan?

In the early days of Hidden Leaf Village, many were skeptical of the Uchiha family. Throughout the Konoha village, fear and mistrust were stoked by Madara Uchiha’s revolt. People’s fears about the Uchiha clan grew after the nine-tailed fox attack, and the village elders began to feel cautious.

In response to increasing fears, village leader Uchiha decided to confine the Uchiha clan to the village edges. They were furious about being excluded. Itachi’s father, who is also the Uchiha’s clan leader enrolled him in the Anbu black ops and instructed him to spy on the village. But Itachi has already been recruited by Danzo, the village advisor, as an informant. Itachi believed that he was contributing to the peace effort because of his dual role. If the Uchihas were left on their own, Danzo believed they would cause another war.

As Itachi revealed the coup plans of his family, Danzo tricked Itachi into assuming bloodshed was the only way to stop the rebellion. Itachi was ultimately manipulated by Danzo into killing the Uchiha clan by playing on his suffering and ignorance. In an attempt to avoid another Shinobi war and the loss of many innocent lives, Itachi sought out for peace. This is the main reason why did Itachi kill his clan.

Why Did Itachi Kills His Parents?

Itachi killed his parents on his own initiative. They expressed to him no hate  despite his treachery, in fact, they encouraged him to keep an eye on Sasuke in the moments prior to the murder.

In distress over his sins, Itachi believed only Sasuke would be able to punish him for his crimes. To make Sasuke follow this path, he made himself the villain by leading him to find out he was the person standing over their parents’ deaths, and by using Tsukuyomi to torture him with visions of their deaths.

In the same way as any other parent, Itachi’s parents valued his and Sasuke’s life over theirs. As they were aware, Itachi had decided to murder the Uchiha to stop the rebellion.

They couldn’t fight their kid in a bloody fight. Therefore, they made a choice to sacrifice their lives. Itachi promised Fugaku that he would take care of Sasuke even before he died despite their differing viewpoints. Fugaku last words were that he was so proud oh him. The fact that he was so protective of his children shows how much he loved them.

Despite Itachi’s pain, he comforted him with words like, “You are truly amazing, Itachi. In comparison to yours, our suffering will be over in an instant.”

Therefore, since they loved him, they gladly committed themselves to relieve his burden. The fact that Itachi’s parents let him kill them may also be due to some Japanese traditions and the fact that they had no clan to return to.

Itachi killed everyone else before he killed his parents. In addition to Fugaku’s suspicions that his whole clan was slain, imprisoned, or put to death at that time, he also knows that Leaf Village has wrecked their plot, and that they were doomed.

Keeping him as Uchiha’s commander would have been pointless. There is no one who can lead. He is clearly without Itachi. He bears the greatest blame for the clan’s demise as the clan’s leader.

The Difficulties In Itachi’s Life

For a complete understanding of Itachi’s actions, we need to look at the situation from his perspective. He learned to dislike bloodshed and violence after being traumatized as a child by the Third Great Shinobi War. His loneliness was also due to his indifference. Perhaps it was because of the trauma he experienced as a kid, but Shisui Uchiha was the only true friend he had. The views of Itachi’s father made him distant from family because of his beliefs.

As a 13-year-old spying on Konoha, Itachi, who was a pacifist, had come to the conclusion that a revolution would cause a lot of deaths, which he didn’t wish to see happen. Shisui agreed with him and informed Hiruzen Sarutobi about the coup preparations.

The Third Hokage, Itachi, and Shisui each searched for a peaceful solution, but were not able to stop the clan members from attempting a coup. Danzo, who was opposed to negotiating with the Uchihas, began deceiving Itachi and tricking him into eliminating the Uchihas was the best option.

How was he able to accomplish that? He manipulated his mind due to Itachi’s trauma and his love for Sasuke, his younger brother. Danzo intended to safeguard the village. He thought that if left unchecked, a future Uchiha revolution against Konoha might be carried out.

As the peace talks broke down and Shisui ended his life so that Danzo would not be able to take his other eye, Itachi became utterly lost, unknowing what to do or who to trust. As Itachi was suspected of Shisui’s death by some Uchiha leaders, his dislike of his clan grew even more.

In this way, Itachi was a perfect target for Danzo to manipulate. To prevent a revolution, he told Itachi that eliminating the Uchihas was the only solution. During his talks with Itachi, he explained how the revolt could result in another Great Shinobi War, killing a lot of innocent people. A 13 year old boy’s anxiousness and trauma was being used against himself. Danzo presented the idea to him, as though there was no other option.

Itachi loved Sasuke from the bottom of his heart. In protecting his brother, he hoped to preserve his innocence. It may have been Itachi’s fear that his brother would be influenced by the village elders and would turn out the same as the clan members he despised. He feared the innocence of his brother would be compromised. The same thought is presented by Itachi when he tells Naruto that Sasuke is influenced by those around him, that he is in a pure state.

Itachi’s decision to kill the Uchiha clan, which had become so self-centered and so lost in its own pride, would encourage his brother’s innocence to develop, enabling him to become a better individual and restore the Uchiha clan to new heights. 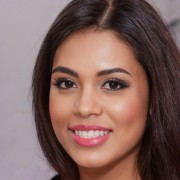 Does Near Die In Death Note? Everything You Need To Know